Posted on January 12, 2015 by Pr. Joubert (Legal Protection of Health Freedoms) — No Comments ↓ 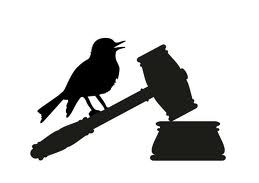 “We hold that to obtain a patient’s informed consent to one of several alternative courses of treatment, the physician should explain medically reasonable invasive and noninvasive alternatives, including the risks and likely outcomes of those alternatives, even when the chosen course is noninvasive”.  New jersey Supreme Court, Matthies vs Mastromonaco,  310 N.J.Super 572, 709 A.2nd 238

One of the best  holistic medicine law decisions came from the East Coast. (1).  In this case, the NJ Supreme Court operated a legal break-through by significantly broadening the Scope of Informed Consent to include  alternative and holistic medicine. This is what I tried to do over a decade ago, in Washington State Courts.  (2)

However, this is not a national precedent. This case or another one similar to it would have to reach the U.S. Supreme Court, or at least the U.S. Court of Appeals, to have a national impact on informed consent law. It would need to be affirmed in all of its major provisions and published to make it a valid inter-state precedent. We are still waiting for this eventuality.

Furthermore,  there is still a need to clarify some of the ambiguity as to what a “medically reasonable invasive and noninvasive” alternative is and is not.

Nonetheless, having reviewed the 34 pages of the New Jersey Supreme Court decision, the HML & HR Institute’s  can assert that this precedent did expand the patient’s full informed consent right. Even if limited to New Jersey, this decision constitutes definite progress in Holistic Medicine Law for the entire Nation, if only because it’s use in other States can enlighten Courts to follow suit given the impeccable reasoning from the East Coast Justices.  ♥

In brief, the NJ Supreme Court  laid down a clear rule that the doctrine of informed consent requires that a patient not only be informed of the risks of a particular treatment or no treatment, but also be informed `as well as of available options in the form of alternative therapies, including non invasive procedures.  This new requirement will leave surgeons who do not inform patients of the benefits of alternative therapies at risk of being hauled into court by an aggressive medical malpractice attorney.

The Court summarizes the issues succinctly:

“The Law Division concluded that plaintiff, Jean Matthies, could not assert a cause of action for breach of the duty of informed consent against defendant, Dr. Edward D. Mastromonaco.   According to the court, a physician must secure a patient’s informed consent only to invasive procedures, not to those that are noninvasive.  Consequently, the court prevented Matthies from presenting evidence that Dr. Mastromonaco had not obtained her informed consent to use bed-rest treatment, which is noninvasive, instead of surgery. On the issue whether Dr. Mastromonaco had committed malpractice by failing to perform surgery on Matthies, the jury returned a verdict of no cause for action.   The Appellate Division reversed, holding that the doctrine of informed consent applies even when the course of treatment implemented by the physician is noninvasive.”

The case centers around plaintiff Jean Matthies. She sued her orthopedic surgeon for making her treatment decisions without giving her “informed consent,” that is, without telling her about other credible treatment options. Hearing the case was the Superior Court of New Jersey. The court barred Ms. Matthies from arguing that her surgeon had acted without her informed consent.

That decision was based on the historical concept of “consent,” and on the fact that the surgeon had  chosen the technique called “therapeutic rest” instead of opting  to do surgery on a nondisplaced intracapsular fracture of the neck of the femur which had impacted on her right hip, because of which her health worsened.

Ms. Matthies’ case went to the appellate division of the Superior Court of New Jersey. The appellate court voiced a “newly emerging concept” of informed consent, which is based on the developing “prudent patient” concept. The foundation of “prudent patient” is that it is the patient’s prerogative, not the physician’s, to finally determine the direction of the care. With this underpinning, the appellate court’s decision overturned the lower court’s findings.

“The issues before the Court are: whether the doctrine of informed consent requires a doctor to obtain the patient’s consent before implementing a nonsurgical procedure; and whether a doctor, in discussing with the patient treatment alternatives that he or she recommends, should discuss medically reasonable alternative courses of treatment that the doctor does not recommend.

“Held: To obtain a patient’s informed consent to one of several alternative courses of treatment, the physician should explain the medically reasonable invasive and noninvasive alternatives, including the risks and the likely outcomes of those alternatives, even when the chosen course is noninvasive.

“1. A patient has a duty to disclose to his or her doctor all the information necessary for the doctor to make a diagnosis and determine a course of treatment. In turn, the doctor has the duty to evaluate the relevant information and disclose all courses of treatment that are medically reasonable under the circumstances. It is for the patient to make the ultimate decision regarding treatment based on the doctor’s recommendation. Informed consent applies to invasive and noninvasive procedures. (pp. 10-12)

“2. Under the negligence theory of informed consent, the analysis focuses on the physician’s deviation from the standard of care rather than on an unauthorized touching required under the battery theory. The decisive factor is whether the physician adequately presents the material facts so that the patient can make an informed decision. That disclosure is limited by the reasonable patient standard: the physician is obligated to disclose only that information material to a reasonable patient’s informed decision. (pp. 12-14)

“3. To insure informed consent, the physician must inform patients of medically reasonable treatment alternatives and their attendant probable risks and outcomes. Physicians do not adequately discharge that duty by disclosing only treatment alternatives that they recommend. The test for measuring the materiality of the risk of a treatment is whether a reasonable patient in the patient’s position would have considered the risk material. A physician should discuss the medically reasonable courses of treatment, including nontreatment. (pp. 14-17)

With holistic medicine as the emerging new standard of care, too many (not all, but just too many) of the agents of Big Pharma, the AMA, the FDA, the FTC, the DEA etc and the allopathic medical industries and law-makers (eg, “hired gun” politicians)  are doing all they can, notwithstanding the exigencies of the Constitution and public international law, to stifle innovative science, alternative medicine, integrative & holistic health-care and the People’s best interests.

We have seen this phenomenon multiple times in the past, including, but not limited with the resolution of the Wilk case. In this case, Judge Susan Getzendanner found no less than four allopathic defendants (3) guilty of  illegal conspiracy against alternative health-care providers and associations. She enjoined the first three parties to prevent them from impeding professional associations between their members and chiropractors. (4) The  goal was to permit unrestricted referrals of patients between the allopathic and chiropractic professions, empowering the patient with additional options of health care and overcoming what had essentially become a restraint of trade.

Thanks to Dr. Mastromonaco’s petition, (5) this New Jersey Supreme Court  decision saw the light of the day and now constitutes a major vindication for the rights of patients. Dr Hess,  a medical anthropologist at Rensselaer Polytechnic Institute,  provides what is virtually a populist manifesto, attesting to what has often been a vastly underestimated level of sophistication of the patient:

“Rather than being an amorphous mass of scientific illiterates, the public consists of pockets of strategically grounded literacy and illiteracy. Pockets of the public are capable of becoming quite literate in medical, environmental, and other scientific knowledge when the need arises.” (6)

New Jersey Suprmeme Court Justice Pollock has made it clear that in today’s information age, competent and ethical medical care should extend well beyond the opinions of the attending physician. By positioning informed consent as an indicator for “standard of care,” it demands a far more acute level of awareness and appreciation of other health care options than previously.

It also refutes any assumption on the part of physicians that they “know better” than to inform patients of all reasonable alternatives – invasive, noninvasive, and even no treatment at all – that are available. Finally, it is a call to action to people in the research community to insure that results are adequately and clearly disseminated.

It is in this perspective, that high-quality research in integrative and holistic medicine in general and oncology in particular need to change the present allopathic standards of care and informed consent requirements so as to be more consistent with Science and the Nation’s best interests. This has been our struggle for close to twenty years and is  now one of the HML & H.R. Institute’s mission.

FOR THE INSTITUTE’S WORKSHOPS ON THIS AND OTHER RELEVANT ISSUES THAT AFFECT ALTERNATIVE HEALTH-CARE PRACTITIONERS PRACTICE, CLICK HERE.

HISTORY OF THE CASE.

310 N.J.Super. 572, 709 A.2d 238 (App.Div.1998)  Description: Matthies sued Mastromonaco, an orthopedic surgeon, for malpractice regarding his decision not to treat her hip fracture with surgery. He prescribed bed rest instead, based on his opinion that her health would not sustain the operation. She alleged that the doctor did not get informed consent for his decision. Outcome: Jury concluded that Dr. Mastromonaco had not deviated from the accepted standard of care, and returned a verdict of no cause for action on the plaintiff malpractice claim.  Plaintiff appealed and won a reversal from the Superior Court, Appellate Divison (See: 310 N.J.Super 572, 709 A.2nd 238). The Supreme Court of New Jersey affirmed the appellate decision. See: 733 A.2d 456 (N.J.1999).

Holistic Justice Institute’s Founder, Pr. Joubert has worked as a professor of public law in Europe and the US. He has also campaigned and litigated in Courts of law for multiple years promoting the replacement of outdated legal and medical standards of care with EVIDENCED-BASED HOLISTIC STANDARDS. His originality is based on being able to examine medicine and the health sciences with legal, forensic, inter-disciplinary and multi-cultural eyes, thanks to which he can distinguish the RELEVANT CLINICAL PEARLS from the irrelevant and-or biased data and get to the CRUX OF THE ISSUE. With these above-mentioned skills, Christian is also able to identify a problem’s key INTER-CONNECTIONS that too often, most family members, medical doctors, court expert witnesses and public health agents are not able to see or understand. To benefit in vivo from Christian’s medical, legal, inter-disciplinary and trans-cultural training and experience, CLICK the Consult LINK in the top menu bar. To read more on Christian’s background, click “about”.